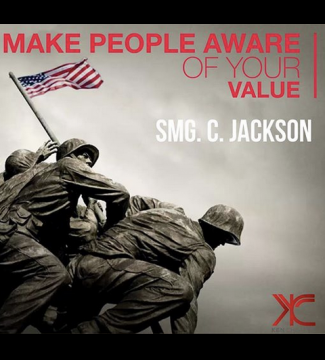 Ken is joined by Sgt. Major Jackson, a man who has played a large role in Ken’s life since the time he asked him one of the most important questions he ever received.

In this episode he discusses what it means to be a leader of men, a man of service, hard work and how it pays off, being positive and patient, experiences of racism and adapting to civilian life. “If you truly want to help others you need to keep learning…”

SGM Corey B. Jackson SGM Corey B. Jackson’s military career totals more than 24 years. He enlisted in the United States Marine Corps in October 1986 in Kansas City, MO. He served 8 years at which time he was honorably discharged. After discharge, he attended college and worked in the civilian sector.